We started the day in Omaha, NE on very little sleep. I had a 7:40 am phoner with The Weather Channel, and after getting in late the night before, we didn’t have a lot of time for sleep. We departed Omaha by 10am and headed east on I-80 for a target in Western Illinois.

We finally ran into some storms near Walcott, or the Iowa 80 Truck stop. The storms were elevated in nature, and we continued on east and then south on I-74. We decided to drop down to Macomb, IL. When we arrived in Macomb, there was a decent cell just to the southwest coming out of Missouri. Another cell had started to really take shape to our west, and was heading at a very high rate of speed northeast. We decided to go after it, and headed back north. We got about halfway between Macomb and Monmouth before giving up on it and letting the rain pass.

Damage reports started coming in from Monmouth, so I went up and shot some footage of the damage there. The “Pottery Barn” had lost its roof, and a power pole was snapped right next to it. There was also a bigger power pole and some warehouse structure damage to the direct east of it.

We shot some footage and decided to get into position for tomorrow, and possibly chase the cells in southern Missouri that had tornado reports on them. We headed south while Adam and Danny headed back to Chicago. We intercepted the cells south of Springfield, IL, however, they had lost most tornadic and severe characteristics by the time they reached that point.

We ended up deciding to stay the night in Cape Girardeau, MO, however, all hotel rooms were taken in town, so we ended up settling on the Motel 6 in Sikeston, MO to put us in position for chasing on Saturday. 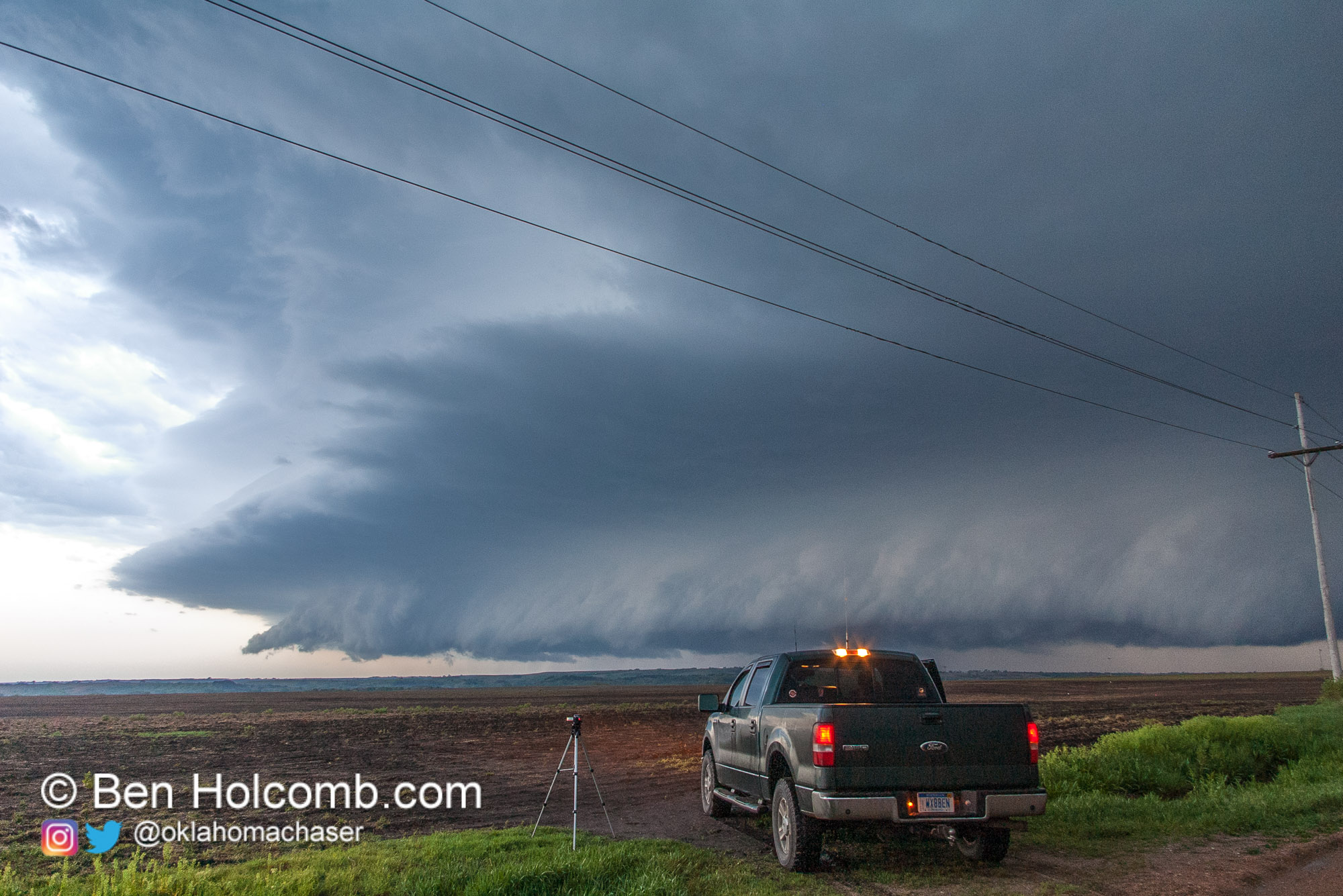