Trip to Honolulu, Hawaii to visit Waikiki Beach, Pearl Harbor and the island of Oahu. I bought the plane tickets on Delta from DFW to Honolulu with $600 vouchers we had. We earned those on New Years Eve 2014 on our way back from Boston. MSP-DFW was oversold, so we spent a night in MSP. It was extremely cold in Minneapolis with temps around -10°F.

We stayed in the DoubleTree by Hilton Hotel Alana – Waikiki Beach which was pretty good accommodations for the money. In retrospect, I wish I had paid a little more to stay on the beach. The Hilton Waikiki Beach Resort is right on the water and had a premium beach next to it. The walk from the Doubletree was not far, but it wasn’t nearly as convenient. For Hawaii, it was pretty cheap.

We visited Pearl Harbor and Waikiki Beach. Pearl Harbor was easy to get to by bus, but you could rent a car and park easily too. The USS Arizona Memorial was still open when we visited, but it closed shortly after we visited. I actually rented a car our last day to drive around the island. We made stops at the north shore and Makapu‘u Point.

It was a red-eye flight back to Los Angeles then to Dallas. We got upgraded on the long leg, HNL-LAX which was great. Great meal and a casual nap. 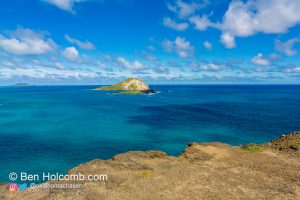 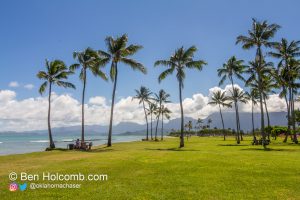 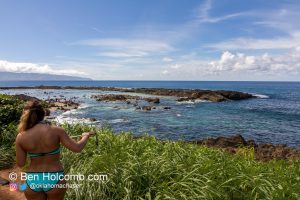 PhotobombI was trying to take a picture of the beautiful scenery and this happened
Sunset along Ala Moana Beach
Trip draws to a closeOne of the last pictures of my trip taken on the Ala Moana Beach. We headed to the airport shortly after this and flew home on a redeye