I got home from work and started looking at mesoanalysis and thought the supercells currently over southern Wisconsin could make it across the lake and actually be somewhat strong in Lower Michigan. CAPE values were decent in western Michigan. The only real question on my mind was the trip across the lake. Lake Michigan is notorious for killing storms before impacting the western lakeshore counties.

I decided to take a gamble and headed west towards Holland, MI which is where the best storms would seem to impact. The supercells in Wisconsin had since grown somewhat into a line as they came across the lake. The SPC issued a new Mesoscale Discussion of a watch possible. While the text wasn’t very positive about the chance of severe weather, I still kept driving west towards the lake shore.

I ended up making it all the way to the Lake Michigan shoreline and setup near Port Sheldon right on the bridge over Pigeon Lake on Lake Shore drive. That is the only area along Lakeshore Drive where I was able to see to my west without being obstructed by trees.

As the storms came ashore, they produced an amazing lightning display. The best winds I encountered near Port Sheldon were approximately 40 MPH. I headed south back towards Holland and got to Holland State Park where I had winds in the same range.

As the storms progressed inland, the line produced a very good comma head on radar and the National Weather Service in Grand Rapids issued a Tornado Warning. I got back east as fast as I could, getting through Holland then getting out to I-196 and heading up to M-6. I ended up not being able to get anywhere near the Tornado Warning polygon, however, the NWS did confirm an EF-0 tornado near Zeeland a few minutes before I would have gone through there. Unfortunately I missed it, however, I did manage to get back ahead of the line in Ionia county and followed it all the way back to the Lansing Area.

I setup on I-69 near Davis Highway as it was coming in. A sheriffs officer pulled over and put his lights on and everything to make sure I was OK apparently.

As the storm came into the Lansing Area, I encountered an estimated 50 mph wind gust. After the storms got into the Lansing area I just headed home. As I was heading up Lansing Rd, I saw a big explosion as lightning seemed to hit power lines. The sky turned blue from the arc. Unfortunately I had just turned off my video camera, and didn’t capture it on video. 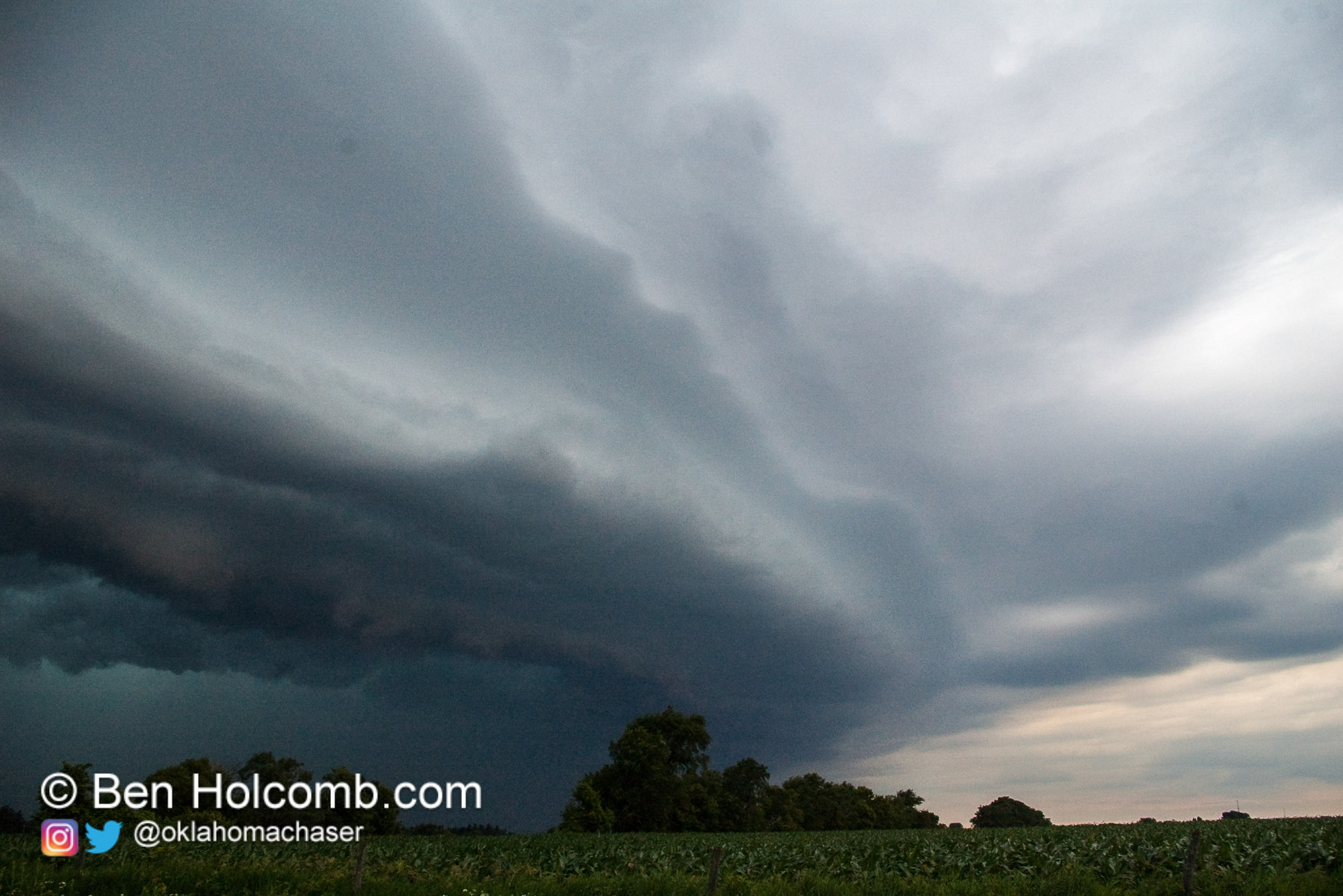